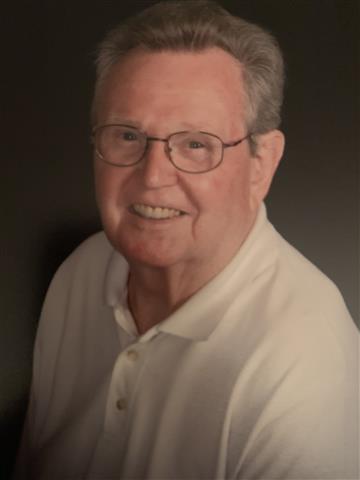 Marion-Alan Lynn Miller passed away at 11:05AM on Saturday January 12th, 2019 surrounded by his loving family at Manor Court of Carbondale. He was born in Marion, IL on December 8th, 1938 to the late George Miller and Virginia Louise (Powless) Miller. Alan graduated from Marion High School in 1956. He was a hard worker and spent his 20’s and 30’s working for General Telephone Company, but, he fell in love with the thought of selling cars. Alan went to work for Mayer Brothers and learned everything there was about being an automotive sales man. He set his sights on his dreams and was able to buy a dealership of his own on September 11th, 2001. He was a life time member of the Marion, IL Elks. Alan was an avid Saluki fan and never missed a game when it came to basketball season and NASCAR was his second love to his wife Vicki. He was the most generous man to his community and never knew a stranger he always greeted everyone with a smile. Alan is survived by the love of his life, Vicki Miller of Marion, his children Valerie Miller of Sarasota, Florida; Greg Miller of Marion, IL and Jessica Green and husband Curtis of Golconda; sister, Sue Hendricks and husband Bill of Evergreen, Colorado; sister, Patricia Yarbrough of Collierville, Tennessee; brother, Michael Miller and wife Jan of New Orleans, Louisiana/ Harrisburg, IL. One special grandson, Cooper Green of Golconda, IL; nephew, Adam Miller and wife Susannah of Louisville, Kentucky; great niece, Ruby Miller of Louisville, Kentucky and one great nephew, Banks Miller of Louisville, Kentucky. He was preceded in death by his mother, father and his brother-in-law Bayne Yarbrough. A memorial service will be held on Saturday, January 19th, 2019 at the McKinley Avenue Baptist Church in Harrisburg, IL at 1PM. Brother Billy Dye will be officiating. Blue Funeral Home in Marion is assisting the family with arrangements. In lieu of flowers the family request that donations be made to McKinley Avenue Baptist Church.
To order memorial trees or send flowers to the family in memory of Alan Miller, please visit our flower store.