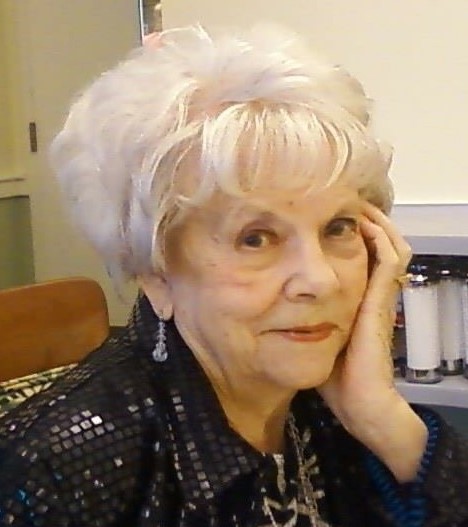 Alice left our presence but will never leave our hearts.  Alice was born on July 29, 1927 in Waterford Township, MI to the late Henry Louis and Eva Mae (Goudreau) Compeau.  She was married to the late Harold Batchelor and the late Victor McGlashen.

Alice worked in her early years at Pontiac Motors in MI.  She moved to Southern Illinois in 1977 where she worked for the Marion School Bus Company and Herrin Hospital.  Alice loved spending time with her children and grandchildren.  She loved the outdoors, especially lakes and the Florida beaches.  Alice was her own fashionista and loved clothes and bling.  The last few years of her life were spent at The Anchor Memory Facility in Marion and the staff and residents fondly nicknamed her, Miss Hollywood.

A memorial mass will be held on Thursday, October 3, 2019 at 11am at St. Joseph Catholic Church with Father Brian Barker officiating.  Visitation will be on Thursday from 10am until the time of service at the church.  Blue Funeral Home in Marion is assisting the family with arrangements.

Memorial donations may be made to Hospice of Southern Illinois or The Alzheimer’s Association and will be accepted at the church or the funeral home.

The family wishes to thank the staff of The Anchor and Hospice of Southern Illinois for their kindness and exceptional care given to their mom.

To order memorial trees or send flowers to the family in memory of Alice McGlashen, please visit our flower store.