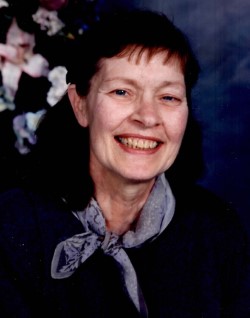 Arlene Lucille Dittmann Schmechel, 78, passed away on January 9, 2018, surrounded by her children at St. Mary’s Hospital in Centralia, Illinois. Arlene was born on July 10, 1939, in Chicago, Illinois. Arlene lost her both of her parents before she was 10, yet this did not stop her from living every day of her life to the fullest. As a young woman, Arlene was filled with compassion for children, and worked her entire life as a teacher, mentor, and surrogate to hundreds of children. She made a difference in so many lives, and did so without ever asking for recognition or reward. Arlene was an accomplished artist, and her paintings were often publically displayed. Arlene seemed to know when one of her paintings touched someone, and when that occurred, she would give the particular painting to whomever she felt “needed her art in their life.” Arlene was also a powerful writer, having her first story published in 1971. She kept diaries of her journey through life, recording her thoughts, impressions, and events, in a way that was apt to bring laughter, even in the midst of tears. Arlene was a skilled actress and director. She was a member of Paradise Alley Players for many years, acting, directing, and managing productions for the company, simply for the sheer joy of sharing her gifts with the world. Arlene decided in the mid 80’s to go to college. She was an incredible student, maintaining a 4.0 grade point average throughout her college career. She was awarded the prestigious Abraham Lincoln Civic Engagement Award in 1986 – only the 11th laureate to win the award at SIU, and one of only 43 laureates to have ever won this honor at SIU. In May 1987 Arlene was awarded a Bachelor of Arts in Anthropology from SIU. She was 48 years old. Not content to stop there, Arlene pursued a graduate degree, and in August 1992, was awarded a Master of Arts in Anthropology from SIU. She worked on a number of archeological digs, including excavations of Cahokia Mounds. People were her passion, and her work as an anthropologist was very rewarding for her. Arlene went on to teach at John A. Logan College from 1993-1999, and quickly became a favorite of students and staff alike. She made many friends, helped many students, and dedicated her efforts to helping others, despite her ongoing health problems, which finally ended her teaching career. Arlene is survived by her children Jay Dee, Daniel, and Amy, by her grandchildren Gage, Cameron, Jake, Ian, and Baylee, and by her great grandson Kingston. Arlene was a beloved member of her church, and her community, and it is with deep sadness that we say goodbye to this amazing woman. The family would prefer that in lieu of flowers, memorials be made to Shriner Children's Hospital in St. Louis, MO. A public memorial will be held on January 21, 2018 from 1pm to 3pm at the Herrin Civic Center in Herrin, Illinois.
To order memorial trees or send flowers to the family in memory of Arlene Lucille Dittmann Schmechel, please visit our flower store.