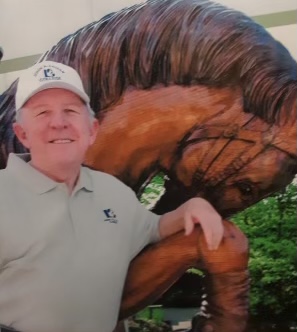 Arthur “Butch” Boatright, 81, passed away on Thursday, January 14, 2021 at his home surrounded by his family.

Butch served in the U.S. Marine Corp.  He worked as a cable splicer for GTE and a contractor for Sullivan Electric.  Butch was a member of the Elks, the Sky Squires, the Chainsaw Carvers Guild and Second Baptist Church. His passion was chainsaw carving which he was able to pass down to his daughter.

He was preceded in death by his parents and three sisters, Peggy, Patty Jo and Betty.

A memorial service will be held on Tuesday, January 19, 2021 at 11am at Blue Funeral Home in Marion with Rev. John Howatt and Rev. Kevin McNeely officiating.  Military Rites will be provided by the Marion VFW with assistance from the United States Marine Corp.  Visitation will be on Tuesday from 10am until the time of service at the funeral home.

To order memorial trees or send flowers to the family in memory of Arthur “Butch” Boatright, please visit our flower store.