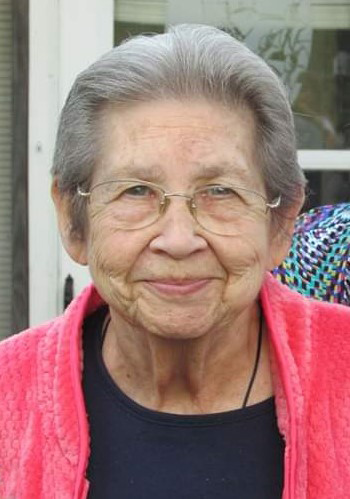 Barbara was born on November 7, 1938 in Marion, a daughter of James and Edith (Harrison) Motsinger.  She married William Clarida on May 8, 1954 and he preceded her in death on November 12, 2016 after 62 years of marriage.  Barbara was of the Baptist faith.  She was a homemaker and loved cooking and spending time with her grandchildren.  She enjoyed watching television shows, especially soap operas and westerns, and never missed watching a St. Louis Cardinals’ game.

She was preceded in death by her parents and her husband.

Funeral services will be held at Blue Funeral Home in Marion on Saturday, February 15, 2020 at 11:00 a.m. with Reverend Keith Owens officiating.  Burial will follow in Rose Hill Cemetery in Marion.

Visitation will be held at Blue Funeral Home in Marion on Saturday from 9:00 a.m. until the time of service.

For those who prefer, memorial donations may be made to the Alzheimer’s Association and will be accepted at the funeral home.

To order memorial trees or send flowers to the family in memory of Barbara Jean Clarida, please visit our flower store.