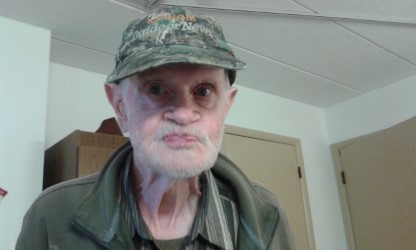 Herrin-Carl Oakley, 88, passed away on June 6, 2018 at 4:14 pm at Shawnee Christian Nursing Home in Herrin, IL. Carl was born in Marion IL on Sept. 5, 1929.   The son of James and Ruah (Tippy) Oakley. Carl's descendants were part of the early settlers of Williamson County. Carl was preceded in death by 3 brothers, James Theodore, Roland Wendall and Billy Gene. He is survived by 3 nephews, Jimmy Oakley, Brian Oakley, Ron Oakley and 3 nieces Karen Patterson, Alicia Oakley and Debra Fletcher.           Carl served in the Army during the Korean War and received several medals for his service. He graduated from Southern Illinois University with degree in Engineering. His work career with the US Government and Olin Corporation, from which he retired. Graveside services will be held on Tuesday, June 12, 2018 at 11am at Maplewood Cemetery with military rites being performed by the Marion VFW with assistance from the National Guard. Blue Funeral Home in Marion is assisting with arrangements.  Memorials may be made to the VFW Ritual Team and will be accepted at Blue Funeral Home/PO Box 411/Marion, IL 62959
To order memorial trees or send flowers to the family in memory of Carl Oakley, please visit our flower store.