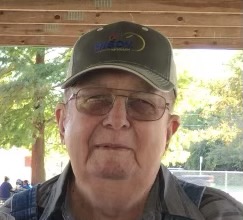 Carl was born on January 17, 1934 in Williamson County to John Carl and Ines Mae (McCree) Stephens.  Carl served in the U.S. Army and worked as a farmer and a coal miner.

Son-Randall and Eva Stephens of Pittsburg

Son-Donald and Tema Stephens of Marion

Daughter-Pamela and Rick Herrin of Marion

Jeremiah and Jenny Stephens of Marion

Brother-Raymond and Sharon Stephens of Marion

He was preceded in death by his parents; brothers in law, Jim Thompson and Luther Anderson.

Funeral services will be held on Saturday, August 14, 2021 at 12pm at Blue Funeral Home in Marion with Rev. John Howat officiating.  Burial will follow at Egyptian Memorial Gardens in Energy. Visitation will be on Saturday, the 14th from 10am until the time of service at the funeral home.

To order memorial trees or send flowers to the family in memory of Carl Stephens, please visit our flower store.