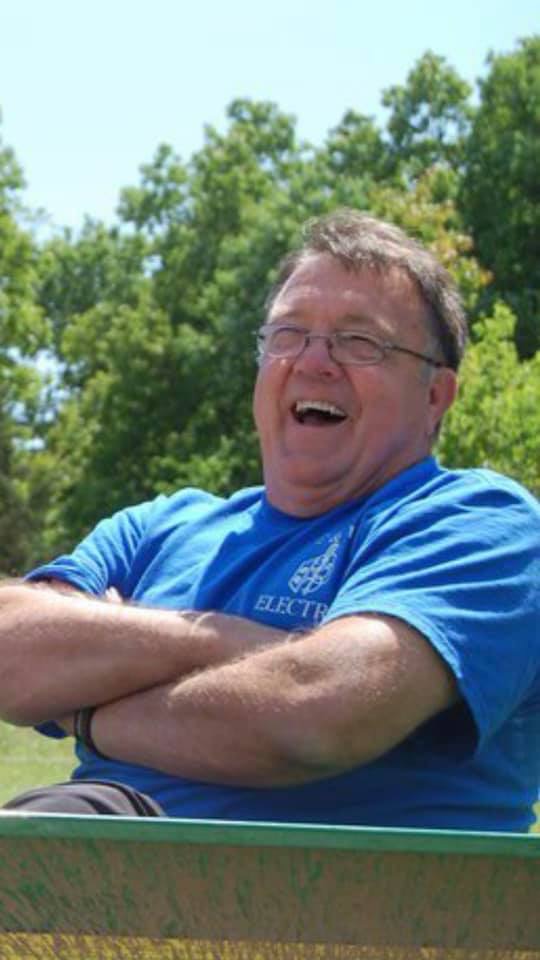 Goreville- Daniel Roger “Danny” Eastman, 70, of Goreville, went to be with his Heavenly Father at 9:43 PM, Monday, July 15, 2019 at the VA Medical Center in Marion. Danny was an amazing man that was loved by many and will be greatly missed by all who knew him. He was born on September 12, 1948 in Honolulu, Hawaii to the late Roger “Bud” and Patricia Ann (Ryan) Eastman. He married Ellen K. Webb on March 24, 1978 in Tunnel Hill. Together they had four daughters. Danny loved God, Family and Country and one of his greatest accomplishments was that he was a member of the United States Marine Corp. He was a veteran of Vietnam where he served two tours of combat as an aviation mechanic. He lived by the Marine Corp motto “Semper Fi” meaning always faithful. He loved the Lord and was a lifelong member of the United Methodist Church in Goreville. He was retired from the Crab Orchard National Wildlife Refuge where he worked as a maintenance supervisor for many years and then later as an electrician for his own business “E&W Electric”. He was an amazing husband, father and grandfather who loved his family with all his heart and enjoyed watching his grandchildren play ball. Survivors include- Wife- Ellen Eastman of Goreville Four daughters: Danielle Eastman of Goreville Stefanie Tripp and husband TJ of Goreville Courtney Suits and husband Ryan of Goreville Bridgett Brown and husband Scott of Creal Springs Grandchildren: Brooklyn Eastman and Ethan Lopez Jayden, Cole and Dylan Tripp Tyler and Breanna Suits Kypton and Weston Brown Sister- Candy Craig of Goreville Sister- Sandi “Dupe” Atkins and husband Rev. Doug of Mounds Many nieces and nephews He was preceded in death by his parents. The funeral service will be held at 10:00 AM, Saturday, July 20, 2019 at Goreville United Methodist Church/116 West Adams/ Goreville, IL 62939. Rev. Alan Milligan and Rev. Doug Atkins will officiate. Burial with military rites performed by the Vienna VFW and American Legion and the United States Marine Corp will follow at Cana Cemetery in Goreville. Visitation will be from 5:00 PM until 8:00 PM, Friday, July 19, 2019 at Blue Funeral Home in Goreville. Masonic Rites by the Saline Lodge AF & AM will be held Friday evening at the funeral home in Goreville. Memorial donations are suggested to the Parkinson’s Foundation or to Goreville Girls and Boys athletics and will be accepted at Blue Funeral Home/ 812 N. Broadway/ Goreville, IL 62939. For more information or to sign the memorial guest register, please visit www.bluefuneralhome.com

To order memorial trees or send flowers to the family in memory of Daniel R. Eastman, please visit our flower store.