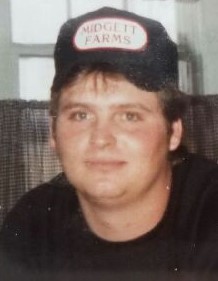 Dennis was born in St. Charles, Illinois on September 14, 1969, the son of Dennis Ray and Johnny (Jacobs) Crites. He married Jinny Deaton in Marion on December 2, 1994. She survives in Marion.

Binky had worked as a truck driver.

Survivors include his wife- Jinny Crites of Marion

He was preceded in death by his mother, two daughters- Angel and Joyce, two brothers- Eddie and Jimmy Crites, sister- Donna Ward, and his grandparents- Florence and Paul Crites.

Graveside services will be held at 1pm on Wednesday, March 24, 2021 at Cana Cemetery in Goreville. Family and friends are asked to gather directly at the cemetery. Blue Funeral Home in Marion is assisting the family with final arrangements.

To order memorial trees or send flowers to the family in memory of Dennis Ray "Binky" Crites II, please visit our flower store.