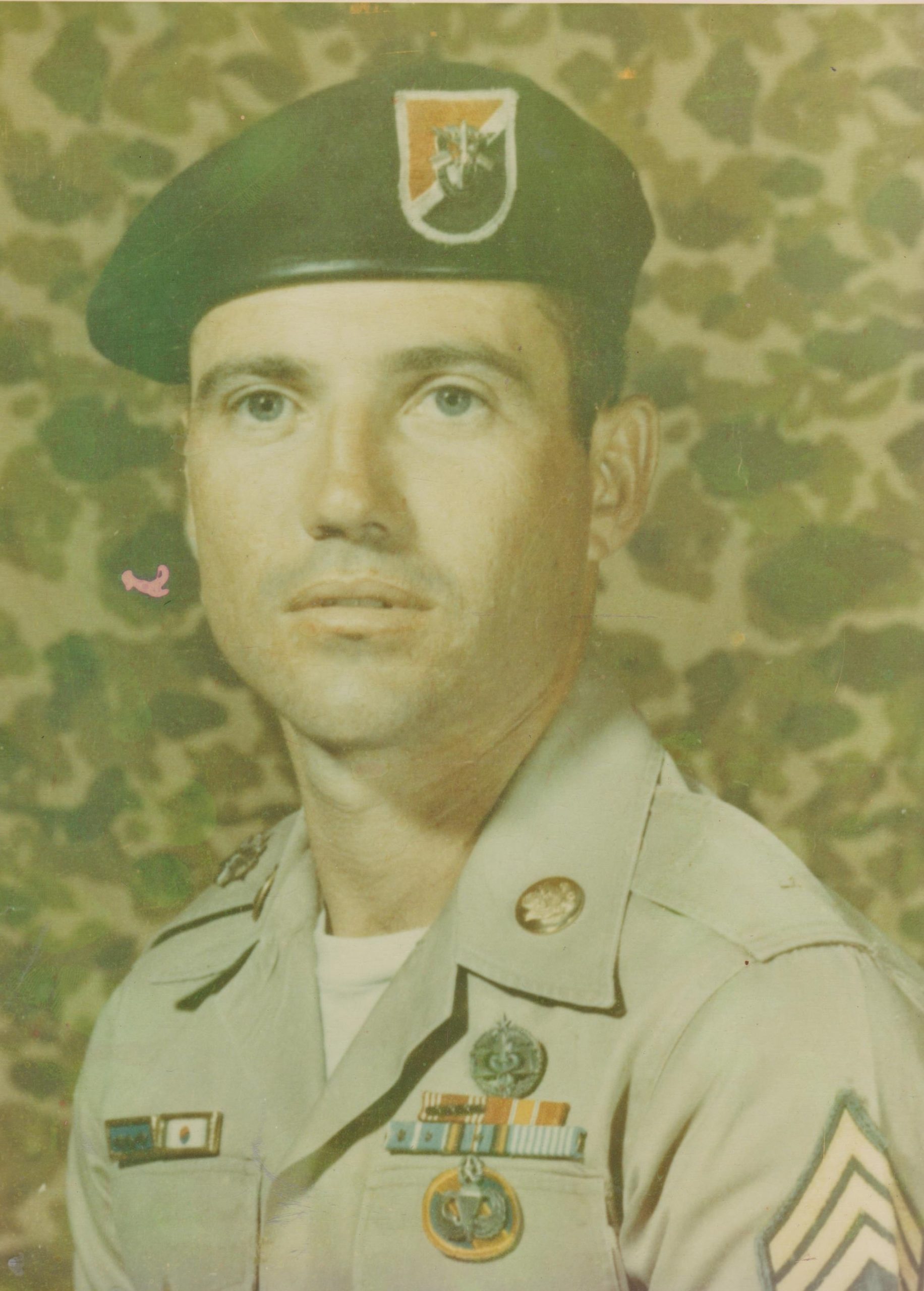 Donald was the son of Gus and Lula Afton Bradshaw (Gurley) of Buncombe, IL., and attended Goreville, High School in 1949. He married his childhood sweetheart and wife of 67 years Alene Francis, of Goreville, IL.  on December, 23, 1950.

Enlisting in the United States Army on June 13, 1950 and volunteering for duty In South Korea during the Korean War in which he fought in major combat actions, including the battles of Punch Bowl and Bloody Ridge while serving with 223rd Infantry.  Returning to the United States in 1954 he elected to continue his service becoming a military careerist.  Attending Military Medical Training at Fitsimmons Medical Center in Denver Colorado becoming an Army Corpsman and Licensed Practical Nurse. In 1959 he accepted assignment into the Army’s Special Operations Community with assignment to the 77th Special Forces Group.  Becoming a member of Presidents Kennedy’s famed Green Berets.  In 1960 he was assigned to the 1st Special Forces Group, Okinawa. Upon assignment, he serviced as a member of the Mobile Training Teams (MTT) providing training and assistance to Laotian and South Vietnam Defense Forces rotating in and out of Laos and South Vietnam every 6 months.  In 1963, Donald was dispatched to the Republic of Vietnam to train and develop Civilian Defense Corp for the South Vietnamese Montagnard Villages for the period of one year.   Returning to States in 1964 he served in the Special Operation Community at Ft Bragg, NC until 1965 when he was assigned to combat duty with   5th Special Forces Group, Republic of Vietnam.  Returning to Fort Bragg In August 1966, he was assigned to the John F. Kennedy Special Warfare Center, developing and directing medical training programs/operations for the Special Warfare Center.  In 1968, he once again called upon to support combat operations in Vietnam by participating in MTT Operations in Thailand to train Royal Thai Infantry units for deployment to Vietnam.

Returning to the United States in 1969, Don accepted a key leadership position at Ft. Richardson, Alaska within the United States Army Medical Health Services Department, where he directed daily medical operations and training in support of the 172nd Arctic Light Infantry Brigade until December 1971 when he was once again called upon to return to Special Operations in South Vietnam.  Assigned to the Special Forces Special Operation Project Group (SOG).  Donald completed his final combat tour and returned to the United States to retire from active duty in 1972 to pursue training as a Physician’s Assistant.

In 1972, Donald entered the Physician’s Assistant Certification and Training Program in Grand Forks, ND. Upon graduation, he completed his internship and residency in Cooperstown, ND working with Dr. John Wakefield, providing general health care services to Griggs County Hospital, Nursing Home and the Wakefield Clinic until 1977.

Returning to Alaska in 1977, he re-entered Federal Service with the Indian Health Service as Training Director of the Rural Alaskan Health Aid Program where he designed, developed and instructed educational and clinical training programs to qualify Alaskan Health Aides to perform general health care and emergency services in order to establish and staff remote health care clinics.  As to provide general health care and emergency services to remote Alaskan Villages where previously no services were available.

Retiring from federal service in 1981, Donald was recruited by Atlantic Richfield (ARCO) Alaska to provide general health care and emergency services to the oil field workers at Prudhoe Bay and along the North Slope during the construction of the Trans Alaska Pipeline.  Once the pipeline was completed Donald continued to work of ARCO, operating and directing medical services for the many pump stations and drilling sites along the 800-mile pipe line.  He remained with ARCO until his retirement in 1995.

Following his retirement, Donald and Alene, after 45 years of marriage, returned to their child hood roots to reside close to family in Johnson County.  The family maintains a strong connection with the Busby Chapel in Goreville following a Francis family tradition of over 200 years and is Baptized in the Holy Spirt.

Donald is proceeded in passing by his beloved wife Alene, his two youngest children Allen and Mary Jo. Donald is survived by his, children Don Jr, Laura, Kathy and Robyn, many nieces and nephews to include Steve and Lorna Francis whom maintain the historical Francis Family Farm in Goreville, 18 Grandchildren and 22 Great Grandchildren, and many close family friends.

Donald as a Life Member of the Special Forces Association, Order of the Purple Heart, Veterans of Foreign Wars and the American Legion.   Rather than flowers, the family request memorials be made in his honor to the Busby Chapel, PO Box 354, Goreville, IL. 62939.  Donald was mentor, teacher, and humanitarian whom touched many lives.  He was truly loved by all and will be greatly missed.

Blue Funeral Home in Goreville is assisting the family with arrangements.

To order memorial trees or send flowers to the family in memory of Donald Eugene Bradshaw, Sr., please visit our flower store.