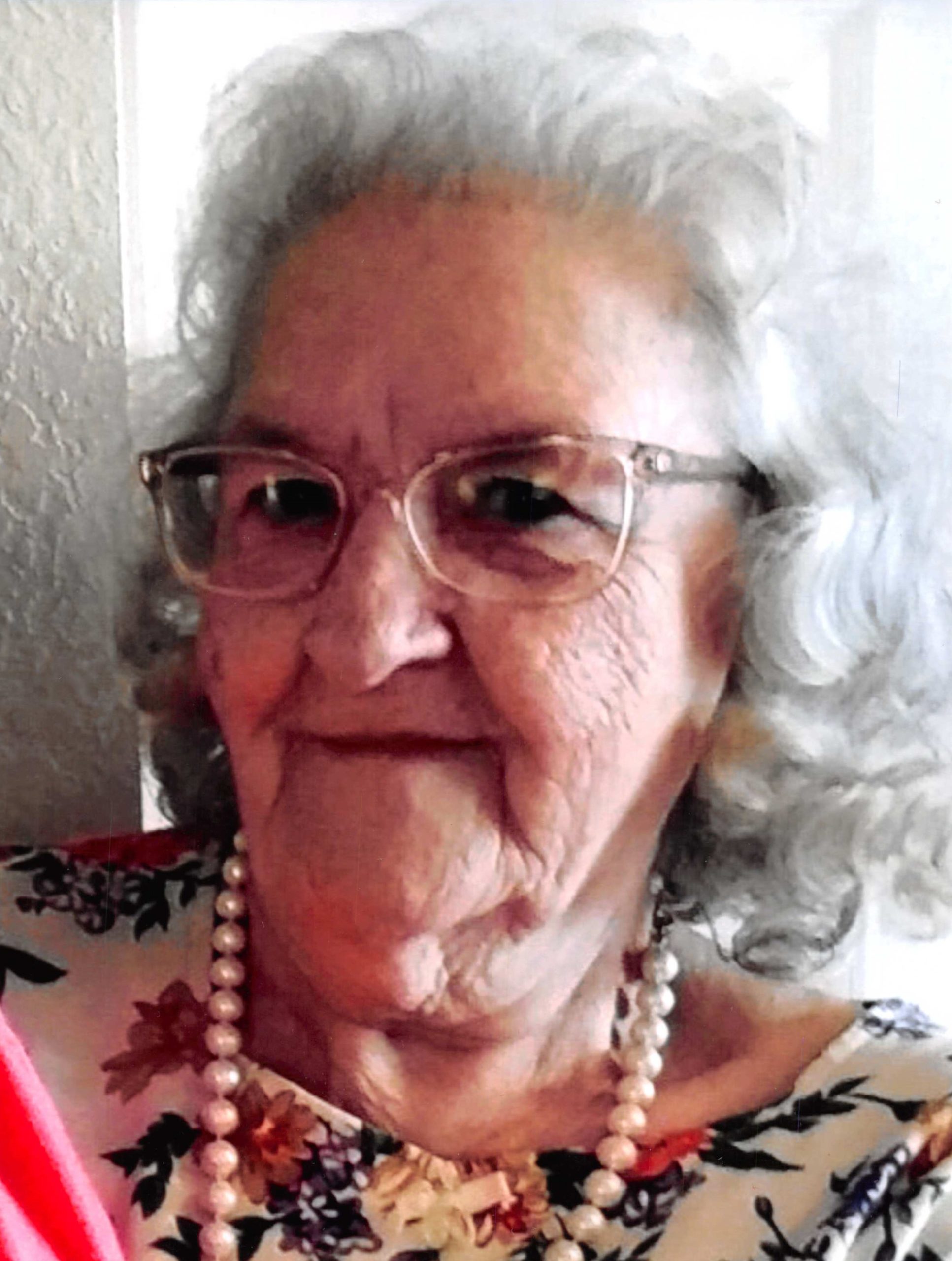 June was born on June 8, 1940 in Stonefort, Illinois, a daughter to Henry Otto Evans and Helen Genevieve Doss.  She married Lindell Delbert Mitchell on March 8, 1961 in Stonefort and he preceded her in death on February 18, 2010 after 48 years of marriage.  June was a homemaker and loved to quilt and spend time with her grandchildren and great-grandchildren.  She also loved to go shopping with her sister, but most importantly she loved going to church.  June was a member of Full Gospel Tabernacle, Marion, Illinois.

She was preceded in death by her mother and step-father, Helen and Marion Burnett; her father, Henry Evans; a daughter, Rita Mitchell; a son, Darrell Gene Mitchell; three brothers; and three sisters.

Visitation will be held at Blue Funeral Home on Wednesday from 11:00 a.m. until the time of service.

For those who prefer, memorial donations may be made to St. Jude Children’s Research Hospital and will be accepted at the funeral home.

To order memorial trees or send flowers to the family in memory of Frances "June" Mitchell, please visit our flower store.