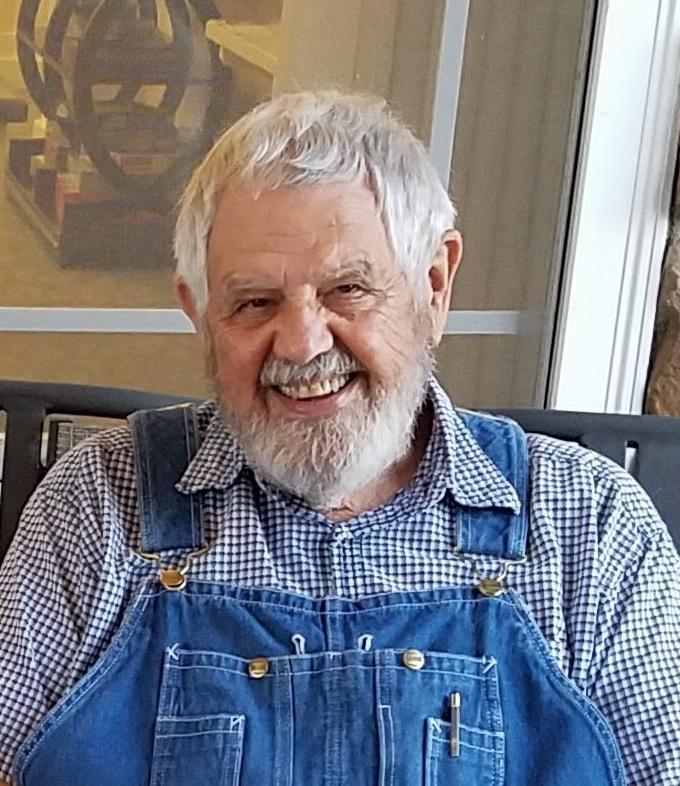 Frank grew up with his two younger sisters, Caroll and Marilyn, in Falls City, NE. After graduating from high school in 1943 Frank joined the Navy, training in flight and general engineering. He attended the Naval Aviation Training Program at Doane College in Crete, Nebraska and undertook pre-flight and primary training in Iowa city, Iowa. He was honorably discharged in June 1947.

After the Navy, he obtain a bachelor of science degree in Electrical Engineering from the University of Nebraska, graduating in 1948 and started working for Carter Oil Company - initially in Tulsa, Oklahoma as a field assistant, and then overseas in Sumatra, Indonesia for 4½ yrs where he was responsible for running seismic equipment.

He then returned to the USA to do a bachelor of science degree from 1954-1956 in Geological Engineering from the University of Oklahoma.
Shortly after finishing his second degree Frank met his wife-to-be, Edith nee Dobbins in Casper, Wyoming where they both worked. They got married in Ohio in 1957 and moved overseas to Turkey, where Frank worked for Carter Oil Company. Returning to the USA two years later via Europe, they landed in Lakewood, Colorado where they had the first of their two daughters, Frances (1959), followed by Ann four years later (1963).
Frank continued to work for the Carter Oil Company in Colorado until 1961. He then moved to Kennecott Copper where he worked for five years as an Electrical Engineer in their Geophysics Division. In 1966 he shifted to the US Bureau of Mines, Denver Federal Center where he worked for 11 years working as a geophysicist in mine safety and rock mechanics. While there, he pioneered new equipment (a transducer for dilatation in rock) which he considered one of his most significant career accomplishments.

After the loss of his first wife in 1973, Frank met Arlene nee Dittman and her three children (JD, Dan, and Amy) at Concordia Lutheran Church in Lakewood, Colorado. Frank and Arlene decided to merge their families and married in 1974.

With a move to southern Illinois in 1977, Frank changed his career focus to coal research technology and trouble-shooting electronic equipment. He went to work for the U.S. Dept of Energy, Carbondale Mining Technical Center for 4 years as a Physical Scientist. After a stint with the US Forest Service in Illinois, he then went to work for the Southern Illinois University Coal Research Center in Carbondale for 10 years from 1985. He retired from full-time work at the age of 70, although he went back part-time for many years. They opened a new position and promoted him to Researcher 2.  He retired a second time on October 1, 2013 .

During his career he was a member of the Institute of Electrical and Electronics Engineers (IEEE), Society of Exploration Geophysicists, and the American Association for the Advancement of Science (AAAS) and authored or co-authored several papers. In 2014 Frank and Arlene moved from Herrin to Marion into assisted living at River to River/ The Voyage where they met many new friends. Frank’s final days were at the Community Living Centre, VA Medical Center in Marion from April 2021 where he was cared for by wonderful staff through difficult Covid times. (In hospice, he proved to be rather exceptional at bouncing back from major medical events.)
In addition to family and work, Frank had a very strong faith and was an active member of several churches (mainly Missouri Synod Lutheran). In Illinois he was a member of the Good Shepherd Lutheran Church, Marion for many years, before following Arlene to the Seventh Day Adventist Church. He sang in several church choirs and frequently attended bible studies. He loved reading and discussing theology.

Not only did Frank change church affiliations late in life, he also changed his diet and decided to follow a whole-food plant-based diet.

Frank is survived by his sister Caroll, two daughters Frances and Ann, and two sons Jay Dee (JD) and Dan. He was a loving and caring father, and had a wonderful smile and sense of humor. He will be sorely missed.

Please make donations in lieu of flowers:
Dakota boys and girls Ranch https://www.dakotaranch.org/
The Nature Conservancy  https://www.nature.org/en-us/
Or another charity of your choosing.

To order memorial trees or send flowers to the family in memory of Frank W. Schmechel, please visit our flower store.