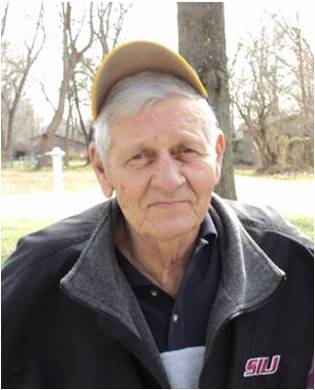 Gary was born on August 3, 1940, in Marion, to Louis and Lucille (Hinckle) Pulley. He was united in marriage to Barbara Dippie on August 12, 1963 in Marion. Together they had two sons, Darren and Eric. He also had one granddaughter, Erica.

Gary was a 1958 graduate of Marion High School and earned a Certificate for Engineering Technicians from the University of Illinois. He was retired from the Illinois Department of Transportation where he was employed full-time for nearly 33 years. After his retirement he continued to work for IDOT on a part-time basis for many more years.

He gave much of his time to Marion youth sports coaching baseball and basketball and serving as an umpire for many years.

Gary loved tennis and golf and was an avid St. Louis Cardinals baseball fan. He was a dedicated husband, father, and grandfather. His greatest joy in life was his family.

He was preceded in death by his parents and son Darren. He is survived by his wife, Barbara; son, Eric; and granddaughter Erica.

A memorial service will be held on Saturday, February 15, 2020 at 4pm at Blue Funeral Home in Marion with Larry Askew officiating. Visitation will be on Saturday from 2pm until the time of service at the funeral home.

In lieu of flowers, Gary’s family requests that donations be made to the John A. Logan College Foundation for the Darren L. Pulley Memorial Scholarship Fund. Donations will be accepted at Blue Funeral Home, 1704 N. Court St., Marion, Illinois 62959.

To order memorial trees or send flowers to the family in memory of Gary L. Pulley, please visit our flower store.