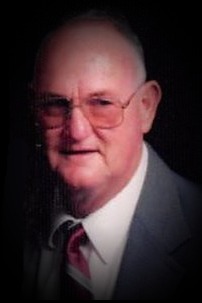 Marion-George Eugene Gresham, Jr., age 87, of Marion, passed away at 7:31 pm on Friday, July 20, 2018 at Herrin Hospital. George was born in Marion on September 18, 1930, the son of George Ermon and Ella (Little) Gresham. He married Shirley Shadowens in Marion on December 21, 1956. Together, they have shared sixty-two years of marriage. She survives in Marion. Mr. Gresham was a member of the All Nations Church of God.  He worked as the superintendent of the Marion Water Department for twenty five years.  George was a proud United States Army Veteran, having served during the Korean War. He enjoyed camping and was a member of the Jayco Camping Club. Survivors include his wife- Shirley Gresham of Marion Daughter- Brenda and Ken Holup Son- Rodney and Lana Gresham Four grandchildren- LaShonna and Chris Wallace Joshua Holup Caleb Holup Kelli and Brian Dorris Great Grandchildren- Cayden and Kinsey Wallace Brothers-in-law- Leon and Brenda Shadowens Bojo and Shirley Shadowens Several Nieces and Nephews He was preceded in death by his parents, son- Eddie Gresham, brother- Giles “Pappy” Gresham, sister- Bernadine Gresham, and sister- Edith Fitts. Funeral services will be held at 11am on Tuesday, July 24, 2018 at Blue Funeral Home in Marion with Pastor Bruce Fox and Pastor John Burnett officiating. Burial will follow at Maplewood Cemetery in Marion.  Visitation will be held from 5-8pm on Monday, July 23, 2018 at the funeral home. Memorials may be made to All Nations Church of God and will be accepted at Blue Funeral Home/PO Box 411/Marion, IL 62959. For more information, or to sign the memorial guest register online, please visit www.bluefuneralhome.com
To order memorial trees or send flowers to the family in memory of George Eugene Gresham, Jr., please visit our flower store.