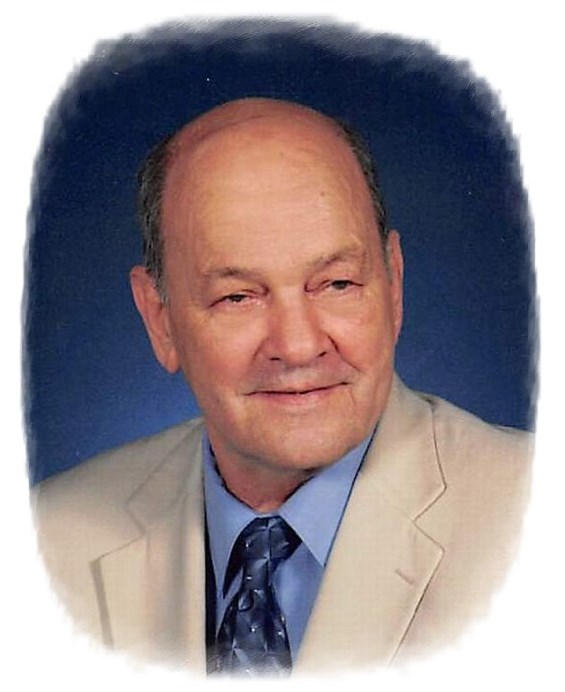 Marion-George “Sonny” Holland, 82, passed away at 4:00am on Wednesday, November 4, 2015 at Shawnee Christian Nursing Center. Sonny was born on February 12, 1933 in DuQuoin to George Henry and Ethel Jane (Coulter) Holland.  He married Mary H. Hille.  She preceded him in death in 2001. Sonny was in the United States Air Force for 10 years.  He was a Deacon at First Baptist Church, head of the Men’s Brotherhood and a Sunday school teacher.  Sonny was a retired meat cutter and a member of the American Legion. He enjoyed spending time with family and friends and will be missed by all. Survivors include: Children: Terrie and David Zoeller of Marion Jamie and Gary Weber of Marion Rob Holland of Marion Grandchildren: Dustin Zoeller Chris Zoeller Michael and Lauren Weber Olivia Weber Derek Holland Rachel Holland Great Grandson-Ryan Weber Great Grandson on the way-Kyle Brother-Arlie and Phyllis Holland Sonny was preceded in death by his parents; wife; two brothers and three sisters. A memorial service will be held on Saturday, November 7, 2015 at 11am at Blue Funeral Home in Marion with Dr. Bob Dickerson officiating.  Burial will be at Rose Hill Cemetery.  Visitation will also be on Saturday from 10am until the time of service at the funeral home. Memorials may be made to the Disabled American Veterans and will be accepted at Blue Funeral Home/ PO Box 411/ Marion, IL  62959.  For more information or to sign the memorial guest register please visit bluefuneralhome.com
To order memorial trees or send flowers to the family in memory of George "Sonny" Holland, please visit our flower store.