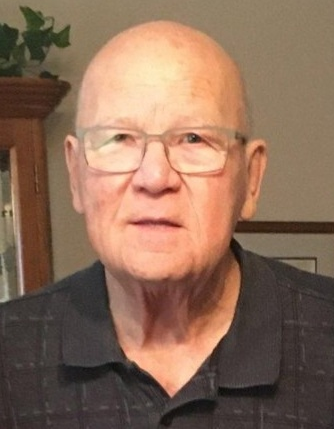 A special note for Blackcat Nation....Brian is planning on setting up and broadcasting this evening's services for our dear friend, "Coach" Jerry Qualls. Coach Qualls was a cornerstone to our community foundation, and will be surely missed. Please tune in at 6 pm this evening to pay tribute to his memory and legacy, and also to show your support for his family and surviving wife, Lois.

He was born August 3, 1943 in Murphysboro, IL.  He was the son of Robert and Dora (Moschenrose) Qualls.

He graduated from Gorham High School in 1961 and attended SIU-Carbondale on a baseball scholarship, being named MVP his sophomore year.   He signed with the Detroit Tigers at the end of his sophomore year.  He played two years prior to suffering an injury ending his professional career.

Jerry married Lois Isringhausen in Jerseyville, Illinois on March 1, 1964.   They were blessed to share nearly 57 years together.  Coach, as he was known to many, and his wife enjoyed traveling, visiting all 50 states. After retirement, he and Lois also enjoyed taking cruises where they visited multiple ports, including many in the Carribean Islands.  Among their favorite places visited were Alaska, the Panama Canal, and Hawaii where they celebrated their 50th anniversary.

After his baseball career ended, he embarked on a coaching career where he was renowned for coaching baseball and basketball, spending 10 years at his alma mater in Gorham (1974/75 - 1983/84) before continuing at Goreville where he had a 20 year stint (1984/85 - 2003/2004). He amassed over 500 wins in both basketball and baseball and was selected to the Illinois Basketball Coaches Association Hall of Fame in 1999.

In addition to his parents, Jerry was preceded in death by a sister, Patricia Arbeiter; a brother, James Qualls, and a daughter-in-law, Raquel Qualls.

Due to health concerns related to the COVID-19 virus, social distancing and the wearing of masks will be required.

Memorial:  In lieu of flowers the family is requesting donations be made to Goreville Athletics with the money being designated annually for an individual of the boys’ basketball team to attend team camp who otherwise may not be able to do so financially.

For additional information or to sign the guest memorial register please visit www.bluefuneralhomes.com.

To order memorial trees or send flowers to the family in memory of Gerald "Jerry" Qualls, please visit our flower store.