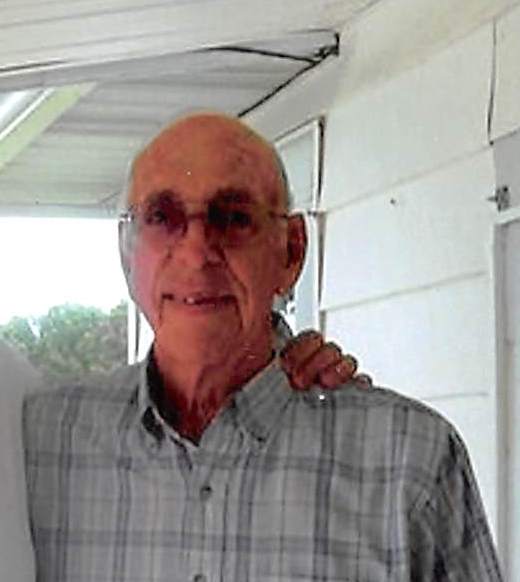 Glen O. Brainard, 86, formerly of Pittsburg, Illinois, passed away on February 14, 2018 in Marion, Illinois. A memorial celebration will be held at 11:00 AM on Saturday, February 17, 2018 at Blue Funeral Home in Marion, IL with a brief visitation beginning at 10:00 AM. Glen was born April 28, 1931 in Clay City, Illinois to George and Louisa Brainard. He married Barbara A. Brainard on March 29, 1957 in Louisville, IL.  Prior to marriage he worked as a mechanic in his dad’s garage in Clay City, and he also worked as a mechanic for car dealerships in Flora, IL.  Throughout his working life, he worked in the oil fields and construction companies as a truck driver.  In the late 60s, he was employed by the Department of Justice, Federal Bureau of Prisons in Marion, IL at the newly constructed maximum security prison facility.  His first assignment was as a correctional guard.  In the 1970s, he went back to school at VTI, to gain his certificate for teaching automotive repair.  He taught automatic transmission overhaul and repair, and engine maintenance and repair to inmates to allow them an occupation upon release.  He also supervised inmates in the metal shop building desks and office furniture.  A few years before his retirement, the prison was locked down and they discontinued the programs. Upon his retirement in 1986, he began doing auto repair from his garage at home. He worked on cars and trucks for people in the community and did repair work at a discounted rate for those who couldn’t afford to go to a dealership to get work done.  He looked at this as a ministry, and a way to give to others from the skills and abilities that God had blessed him with.  He continued to work on vehicles until the electronic technology became prevalent in most new vehicles. Glen is preceded in death by his parents, wife, Barbara A. Brainard, three brothers, and three sisters. He is survived by Sons Michael (Sandra) Brainard and two grandchildren and one great grandchild and Gregory Brainard and three grandsons and seven great grandchildren and daughter Debra (Larry) Fones and two grandsons.  He is also survived by five nieces and one nephew and many friends. The family requests no flowers be sent, however memorials may be given in Glen’s name to First Christian Church of Herrin in Herrin, IL. www.fccherrin.org Grief never ends… But it changes. It’s a passage, not a place to stay. Grief is not a sign of weakness, nor a lack of faith… It is the price of love.
To order memorial trees or send flowers to the family in memory of Glen Brainard, please visit our flower store.