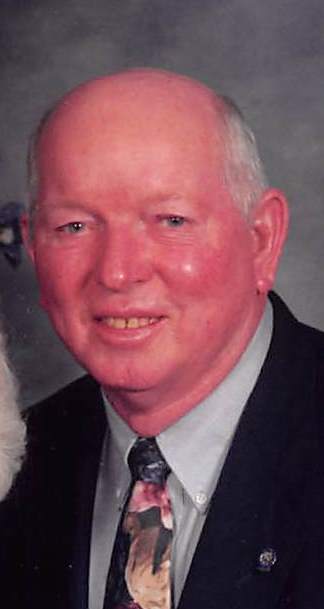 Marion- Henry C. Neicamp, 83, of Marion, passed away at 9:45 PM, Monday, May 7, 2018 at Parkway Manor in Marion. Henry was born on February 24, 1935 on a small family farm along Airport Road in Metropolis to Gussie and Ruby (Dean) Neicamp. At age 9, on December 10, 1944, Henry professed his faith in Jesus Christ at First Baptist Church in Metropolis. On June 10, 1945, he was baptized in the Ohio River at Fort Massac Park by Rev. J.H. Maddox.  Henry graduated from Metropolis High School in the class of 1952.  He spent a lot of time at the Metropolis Airport with his friend Donnie Parks where they learned to fly small aircrafts. Henry married Betty Rae Korte on September 3, 1955 in Corinth, MS. They were married for 62 years.  He was first employed at E.E.I. in Joppa in 1953, where he worked for eight years.  Henry went to work for Southern Illinois Power Co-Op in 1963 where he worked for 25 years.  In August of 1966, on Betty’s birthday, he moved his family and mother to the Lake of Egypt area.  He finished his career in the power generation industry as the facility manager for Babcock & Wilcox in Danville.  After five years, he retired back home to the Lake of Egypt where he loved hunting, fishing and golfing.  Henry was a longtime, founding member at the Lake of Egypt Country Club where he enjoyed Monday Morning Men’s Senior League.  He passed his love of golf on to his wife, sons, daughter and eight grandchildren. Survivors include- Wife- Betty Rae Neicamp of Marion Son- Henry August Neicamp and wife Donna Daughter- Madonna Steele and husband Gary Son- Shane Neicamp and wife Annette Son- Kevin Neicamp and wife Billie Jo Grandchildren- Leanne Neicamp                                            Robyn Neicamp Emily Davidson and husband Tom            Ben Steele Allison Neicamp                                             Sydney-Kate Neicamp Bradley Neicamp                                            Taylor Neicamp Sister in law- Pat Neicamp He was preceded in death by his parents, grandson- Shane Austin Neicamp, sister- Betty Neicamp and husband Blaine and brother- Morris Neicamp. The funeral service will be held at 12:00 PM, on Thursday, May 10, 2018 at Blue Funeral Home in Marion. Rev. John Holst will officiate.  Burial will follow at Rose Hill Cemetery in Marion.  Visitation will be from 10:00 AM until time of service, Thursday at Blue Funeral Home in Marion. Memorial donations are suggested to St. Jude’s Children’s Hospital and will be accepted at Blue Funeral Home/ 1704 N. Court/ Marion, IL   62959.  For more information or to sign the memorial guest register, please visit www.bluefuneralhome.com.
To order memorial trees or send flowers to the family in memory of Henry Neicamp, please visit our flower store.