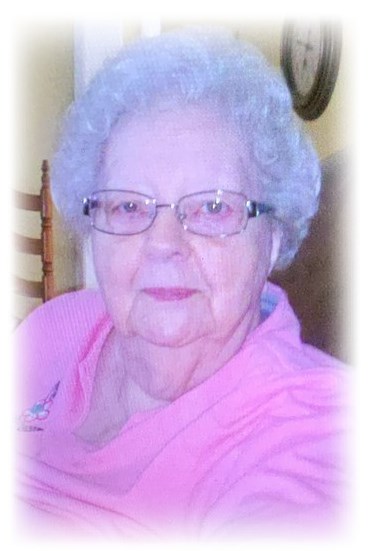 Marion-Ivoleen McCree, 98, passed away on Thursday, April 11, 2019 at her home surrounded by her family.

Ivoleen was a homemaker.  She was a woman of faith and a prayer warrior with her many friends.  Ivoleen enjoyed spending time with her family and friends.

Scott and Judy McCree of Marion

Gregory and Lori McCree of Carterville

Douglas and Cindy McCree of Marion

Paul and Cathy McCree of Marion

Several nieces and nephews including, Traci McMinn and Trevor Willhite

She was preceded in death by her parents; husband; sister, Eileen Willhite and brothers, Glenn Brayfield and Carl Brayfield

Funeral services will be held on Monday, April 15, 2019 at noon at Blue Funeral Home in Marion with Pastor Jonathan McCree officiating.  Burial will follow at Maplewood Cemetery.  Visitation will be on Monday from 10am until the time of service at the funeral home.

To order memorial trees or send flowers to the family in memory of Ivoleen McCree, please visit our flower store.