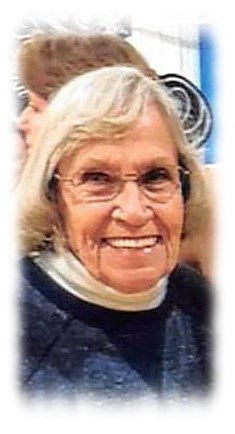 Goreville-Jean R. Casper, 76, passed away on Thursday, December 6, 2018 at Heartland Regional Medical Center. Jean was born on September 10, 1942 in West Frankfort to Tommy and Evah Jane (Reed) Rogers. She married Curtis Casper in Christopher on December 27, 1963. Jean was a member of the Church of Christ and attended the Marion Church of Christ. She enjoyed playing in the John A. Logan Community Band and the S.I. Concert Band. Survivors include: Husband-Curtis Casper of Goreville Son-Marshall and Bethany Casper of Lewisburg, TN Daughter-Beth and Brock Harris of Thompsonville Grandchildren-Kennedy Jean Harris and Kameryn Sue Harris of Thompsonville and Curtis Reed Casper of Colorado Great grandchildren-Emerald Casper and Arkham Casper Brother in law-Robert and Laura Casper of Florida Sister in law-Lois Jean and Dale Denny of Anna Brother in law-Don Evans of Oklahoma She was preceded in death by her parents; sisters, Kay Norris and Jane Evans and great-granddaughter, Amethyst Casper. Funeral services will be on Monday, December 10, 2018 at 11am at Blue Funeral Home in Goreville with Bill Brandstatter and Phil Jones officiating. Burial will follow at Busby Cemetery.  Visitation will be on Sunday, from 5pm-8pm at the funeral home. Memorials may be made to In Search of The Lord’s Way and will be accepted at Blue Funeral Home/PO Box 411/Marion, IL 62959. For more information or to sign the memorial guest register, please visit bluefuneralhome.com
To order memorial trees or send flowers to the family in memory of Jean Casper, please visit our flower store.