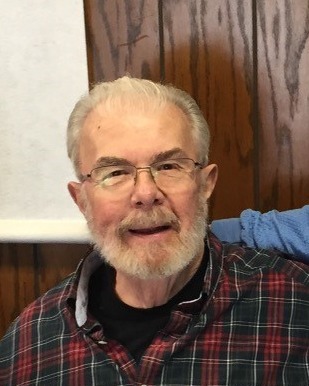 Jerry was born November 16, 1938 in Gary, Indiana, a son of Charles F. and Mildred R. (Woodring) Kluge.  Jerry grew up and attended school in Gary, IN and started working at US Steel after graduating high school.  He spent his entire working career at US Steel until his retirement in 2000.   He married the love of his life, Norma J. Hicks on June 05, 1982 in Cedar Lake, IN.  After his retirement the couple moved to their new home at Lake of Egypt.  Jerry loved fishing, deer hunting and traveling.  He and his wife covered the globe with travel  and he made adventurous trips to Alaska.

Memorial Services will be held Saturday, January 7, 2023, 11:00 AM at Goreville United Methodist Church.

In lieu of flowers memorial contributions may be directed to the Parkinson's Foundation or Goreville United Methodist Church.

Blue Funeral Home is assisting the family with arrangements.

To order memorial trees or send flowers to the family in memory of Jerry W. Kluge, please visit our flower store.

Send a Sympathy Card
Make a donation to Parkinson's Foundation in memory of Jerry W. Kluge
​