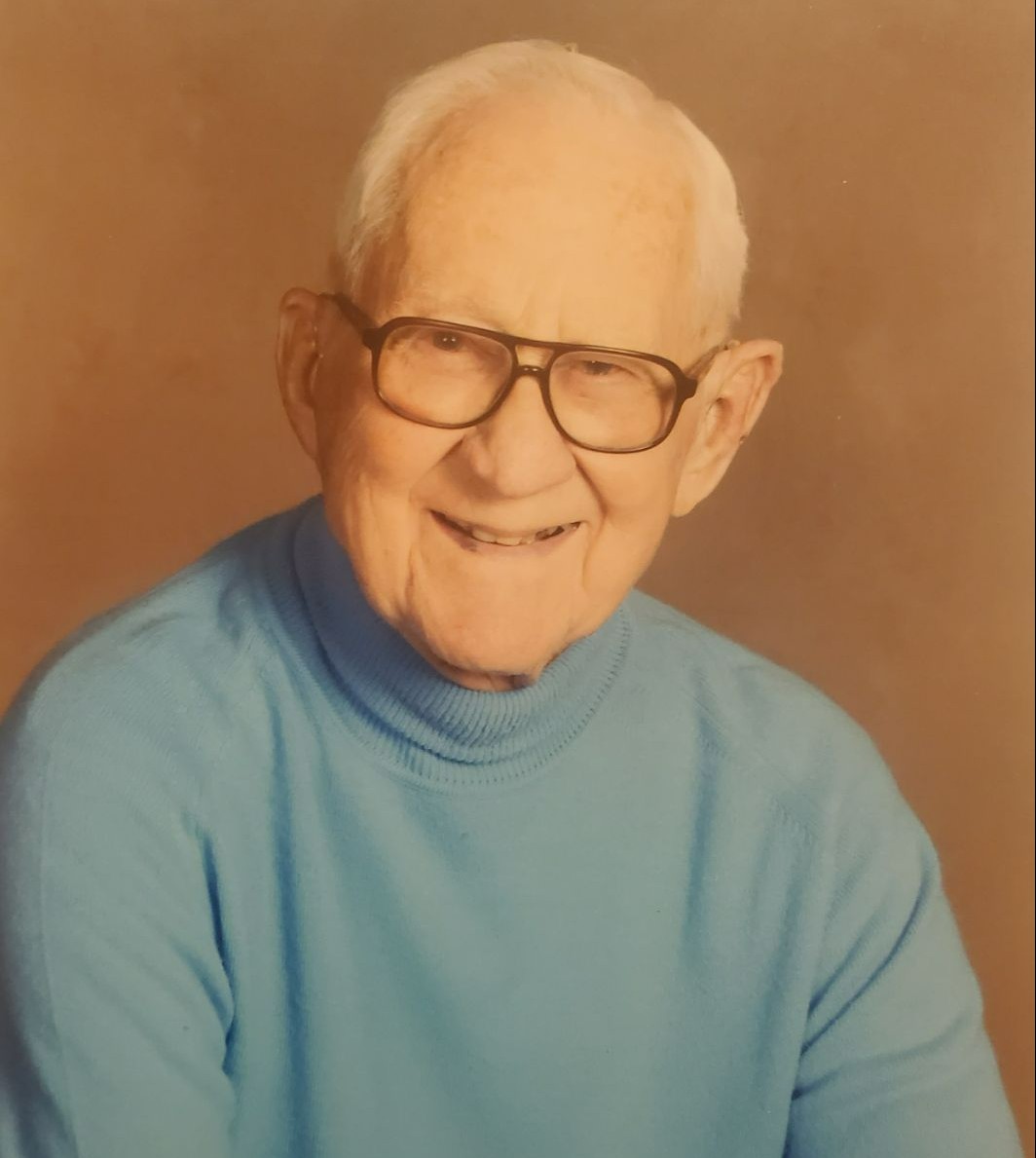 Julian was born November 06, 1924 in Williamson County, Illinois, a son of Lloyd and Geneva B. (Fox) Sanders. He graduated from Johnston City High School in 1942. He worked for Thordarson Electric Company in Chicago. In April of 1944, he joined the United States Navy.

He married the love of his life, Virginia Lee Grant on February 14, 1947 in Johnston City. They shared 67 years of marriage, until her passing on December 28, 2014.
He had worked for Caterpillar in Peoria and Decatur for 33 years. After retirement, they moved to Florida for several years until finally returning home.
Julian was fervent in his Christian beliefs. He attended Heartland Christian Church in Marion.

The family would like to thank Dr. William Grey of Herrin Hospital, Dr. Jan Bowman Marsh, Terry Allen and many others at the Community Living Center for the great, compassionate care he received. We also want to thank the pallbearers: Mike Darter, Hob Boyles, Rick Land, John Scankhiel, Robert Sanders, and Ryan Sanders.

Visitation will be from 11:00am until 1:00pm on Saturday, January 8, 2022 at the Heartland Christian Church in Marion. Funeral Service will be held Saturday, January 8, 2022, 1:00 PM at Heartland Christian Church with Brother Greg Gibbs officiating. Burial will follow at Egyptian Memorial Gardens in Energy. Blue Funeral Home in Marion is assisting the family with final arrangements.

In lieu of flowers, Julian had requested donations be sent to Heartland Christian Church.

To order memorial trees or send flowers to the family in memory of Julian Verdell "Sandy" Sanders, please visit our flower store.