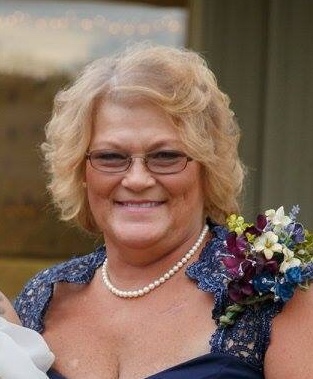 Carterville-Kim Ross, 60, passed away on March 1, 2018 at her home. Kim was born on August 6, 1957 in Hammond, IN to Virgil and Martha (Green) Ross. Kim worked at Aisin and loved her job.  She enjoyed camping, floating on the Lake of Egypt, her animals, Jax, Harley and Baby and especially enjoyed spending time with her grandchildren. Survivors include: Children: Michael and Lisa Sharp of Dykersburg Todd Frasier of Carterville Rachel and Leslie Dowdy of Carterville Grandchildren: Zachery Wagner Matt Wagner Arianna Tippy Joseph Tippy Josh Tippy Tucker Sharp Bryce Tippy Great grandson-Anthony Wagner Sisters: Michele and Gary Billingsley of Buncombe Angie and John Pressley of Buncombe Tammy Ross-Smith and Ty Jones of Whittington Mother-Martha Jenkins of Buncombe Several nieces and nephews and great nieces and nephews One half brother and two half sisters   She was preceded in death by her father, Virgil Ross; grandparents, Chester and Laura Ross and granddaughter, Raven Sharp. A memorial service will be held on Saturday, March 10, 2018 at 3pm at Blue Funeral Home in Goreville with Rev. R.G. Null officiating.  Visitation will be on Saturday from 2pm until the time of service at the funeral home. Memorials may be made to Hospice of Southern Illinois or Shriner’s Children’s Hospital and will be accepted at the funeral home.
To order memorial trees or send flowers to the family in memory of Kim Ross, please visit our flower store.