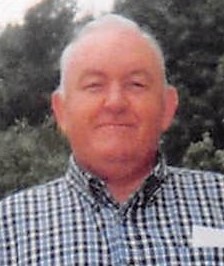 Larry was born on January 3, 1942 in Marion, the son of Ammon and Mable (Peterson) Webb.  He married Karen Sue Mandrell in Parish Park Baptist Church in Marion on March 2, 1979 and together they shared 40 years of marriage.  Larry was a proud veteran of the United States Army, attaining the rank of sergeant, and served three tours during the Vietnam War.  He survived a helicopter crash and endured much more during his time there.  After his years in the Army, Larry worked in security for Marion Memorial Hospital, and also did work in lawn maintenance.  He was a member of the American Legion Post #147, Marion, and loved mowing, fishing and watching westerns on television.  He attended Community Chapel Church in Marion.

Survivors include his wife, Sue Webb of Marion; his sister, Elizabeth Hartkopf of Marion; and several other family members and friends.

Larry was preceded in death by his parents, Ammon and Mable Webb; and several aunts and uncles.

Funeral services will be held at Blue Funeral Home in Marion on Monday, February 3, 2020 at 11:00 a.m. with Reverend John Burnett, Sr. officiating.  Burial will follow in Rose Hill Cemetery in Marion.  Graveside military rites will be provided by the Marion V.F.W. and American Legion posts with assistance from the United States National Guard.

To order memorial trees or send flowers to the family in memory of Larry D. Webb, please visit our flower store.