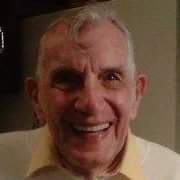 Goreville-Leroy O’Steen, 89, passed away on Tuesday, February 6, 2018 at his home. Leroy was born on April 10, 1928 in Drumright, OK to Zaphany and Pearl (Culler) O’Steen. He married Hazel Kathleen Dillman on April 16, 1957 in Las Vegas.  She preceded him in death on August 24, 2010. While in the U.S. Army, Leroy served in the Occupational Force of Japan and then served in the U.S. Navy during the entire Korean Conflict on the USS Rogers. He was a cement truck driver for Grohne Concrete in Decatur for many years until his retirement.  Leroy and Hazel enjoyed growing rose bushes.  He loved working on cars and spending time with his family. Leroy was a member of the teamsters and Fleet Reserve Association. Survivors include: Daughter-Leah Ann O’Steen of Pana, IL Daughter-Susan St. Amand and husband Thomas of Houston, TX Son-Brian O’Steen of Goreville Daughter-Karen O’Steen of Stiritz Son-Leroy O’Steen Jr and wife Toby of Decatur Daughter-Mary Vest and husband Mike of Goreville 17 grandchildren 12 great grandchildren Many nieces and nephews and great nieces and nephews He was preceded in death by his parents; wife; three brothers and two sisters. Funeral services will be held on Saturday, February 10, 2018 at 1pm at Blue Funeral Home in Goreville with Dr. Ron Ferguson officiating. Burial will follow at Cana Cemetery.  Visitation will be on Saturday from 11am until the time of service at the funeral home. Donations may be made to the Wounded Warrior Project and will be accepted at Blue Funeral Home/PO Box 411/Marion, IL 62959 For more information or to sign the memorial guest register, please visit bluefuneralhome.com
To order memorial trees or send flowers to the family in memory of Leroy O'Steen, please visit our flower store.