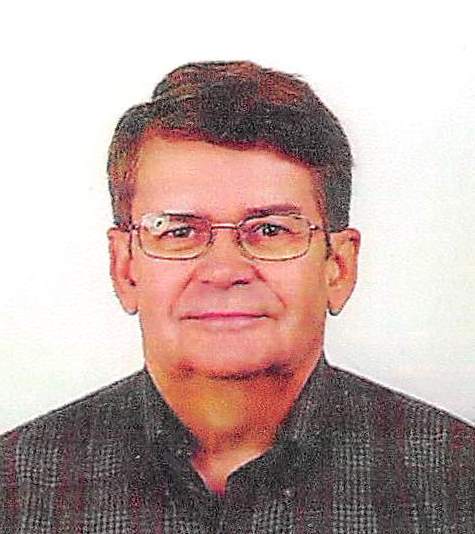 Louis A. Strauss, 76, passed away peacefully on Thursday, August 23, 2018, following a six year battle with Alzheimer’s, at Reflections Memory Care in Carterville. Louis (Lou) (Papa Lou) was born in LaPorte, IN on April 27, 1942 to Orville & Lucille (Will) Strauss. He is survived by his loving wife of 53 years, Sheryn (Nelson) Strauss. They were married on June 12, 1965 in LaPorte, IN. He is also survived by his daughter, Julie Strauss of Marion and his son, Jeffrey and wife Bethany Strauss of Trophy Club, TX; special mention, Tim, Christie and Timmy Rodgers; one sister, Judy McGuire of LaPorte, IN and three grandchildren Samantha Strauss, Josh and Elise Cawleti of Trophy Club, TX. Step-sister, Cindy( Dankert) Kelly of Durham, NC; step-brothers, Roger Dankert and wife Deborah of Bremen, IN, Jim Dankert and numerous nieces and nephews and a host of long-time friends. He was preceded in death by his parents; one sister, Gayle Strauss and one step brother, Jeff Dankert. Lou graduated from Purdue University with a Bachelor’s Degree in Mechanical Engineering in 1967. He was a charter member of Our Redeemer Lutheran Church in Marion and a Volunteer Firefighter serving many roles including, but not limited to Secretary of the Board of Trustees and First Responder for Lake Egypt Fire Protection District for 25 years. Lou retired in 2000 from General Dynamics (Olin) as Manager of Manufacturing Engineering. His hobbies were woodworking, hunting, fishing and spending time on his farm taking care of the animals. Lou thoroughly enjoyed the outdoors, baseball (Cardinal and Miners games) and camping in his younger years. His horse, Saffron and goats, Cabo and Floyd, two dogs, Holly and Jetta were a very special part of his life and offered much comfort, love and support. Lou was deeply loved by his family and friends and touched many lives by unselfishly giving of his time and talents to anyone in need. Funeral services will be held on Saturday, August 25, 2018 at 11am at Our Redeemer Lutheran Church in Marion with Rev. Dan Whitfield officiating. Burial will follow at Rose Hill Cemetery.  Visitation will be on Saturday from 9am until the time of service at the church.  Blue Funeral Home in Marion is assisting the family with arrangements.
To order memorial trees or send flowers to the family in memory of Louis (Lou) Strauss, please visit our flower store.