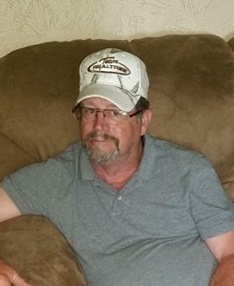 Marion- Michael Ray “Frenchy” Duvall, 69, of Marion, passed away at 3:02 PM, Saturday, January 6, 2018 at St. Louis University Hospital. Mike was born on February 8, 1948 in Shawneetown to Clyde and Mary Nell (Barley) Duvall. He married Cathy Boles on December 29, 1993 at Warder St. Baptist Church in Marion.  She survives of Marion. He was retired from AMAX Delta Mine where he worked many years as a welder prior to his retirement. He was Baptist and a member of the United Mine Workers of America. He was a jack of all trades who enjoyed helping anyone who needed it. He liked to keep busy helping others or tending to his vegetable garden.  In his spare time he liked hunting deer, but most enjoyed spending time with his family and grandchildren.  He will be dearly missed by his family and friends. Survivors include- Wife- Cathy Duvall of Marion Son- Chuck Hill and wife Kelly of Marion Son- Josh Hill and wife Mattie of Marion Son- Tim Duvall of Ridgeway Son- Greg Duvall and wife Tracy of Ridgeway Son- Wesley Duvall of Shawneetown 14 Grandchildren Brother- Rick Duvall of Palatine Brother- Joe Duvall of Metrop Sister- Becky Stenelle- Shawneetown Sister- Brenda Hirsch of Shawneetown Many nieces and nephews He was preceded in death by his parents and two sisters- Mary and Judy. The funeral service will be held at 1:00 PM, Wednesday, January 10, 2018 at Blue Funeral Home in Marion. Rev. Andy Lee will officiate.  Burial will follow at Fountains Cemetery, south of Marion.  Visitation will be from 11:00 AM until time of service, Wednesday at the funeral home. Memorial donations are suggested to the family and will be accepted at Blue Funeral Home/ 1704 N. Court/ Marion, IL   62959.  For more information or to sign the memorial guest register, please visit www.bluefuneralhome.com.
To order memorial trees or send flowers to the family in memory of Michael Duvall, please visit our flower store.