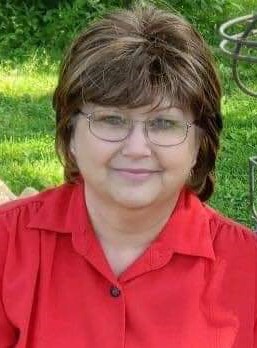 Marion- Patricia (Patton) Motsinger passed away on October 19, 2019 at 12:25pm being held by her two children and husband and surrounded by family as well as her fur baby Gizmo.

Patty was a born again Christian and was proud to let everyone know it. In her final moments, she said goodbye and I love you to her family. She expressed that she was at peace and ready to leave this world. She looked up, smiled sweetly and said Jesus, as she went to her heavenly home.

Patty enjoyed listening to her southern gospel music and reading her Bible daily. She attended Spillertown Baptist Church. When her time grew closer and she could no longer hold her Bible, her loving husband of 40 years would spend hours each evening reading it to her. Their love was one that wouldn’t have worked for many. After only a week of dating, they decided to get married and spent the next 40 years teaching their children that true love could withstand anything.

She was preceded in death by her parents- CH and Mildred Patton. She is survived by her sister Marsha (Steve) Hundley of  Marion, their son Danny(Renee) Hundley and great nephew Dax Hundley of Marion,  and Diana (Randy) Bryant of Vero Beach, FL which was always thought of as her sister. She also leaves behind 2 sisters in law Pam (Brad) Storll and Lori (John) Luther, as well as several nieces and nephews.

She spent a very happy childhood making many great memories with her several cousins that she loved so dearly. Patty was an Administrative Secretary at Corinth Water District and later a bookkeeper for Bakers Insurance Group. At the time of her passing she was the Account and Payroll Manager at Vernell’s Interstate Service in Marion. There, she was the work Momma to many whom she loved as her own. Her spare time was spent worshipping her Lord, loving and spoiling her babies and grandbabies and following her Chicago Cubs.

For those who prefer, memorial donations may be made to the Juvenile Diabetes Research Foundation. Envelopes will be available and accepted at Blue Funeral Home; 1704 N Court Street; Marion, IL 62959.  For more information, or to sign the memorial guest register, please visit www.bluefuneralhome.com

To order memorial trees or send flowers to the family in memory of Patricia Motsinger, please visit our flower store.