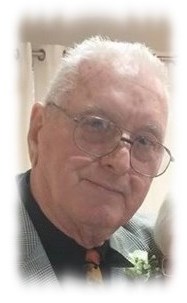 Ralph was born on November 1, 1935 in Obion, TN to Lloyd and Virginia (Yates) Devasier.  He married Sandra Mack on October 22, 1960 in Chicago.  She survives of Marion.

Ralph served in the U.S. Army.  He retired from the VA where he worked in computers.  Ralph was active in the VFW Ritual Team for many years and started the military breakfast program.  He was a past American Legion officer and was a member of the American Legion and VFW Post 1301.  Ralph was of Baptist faith and enjoyed hunting.

He was preceded in death by his parents and twin brother, Ray Devasier.

Graveside services will be held at 2:30pm on Saturday, November 4, 2017 at Mt. Moriah Cemetery in Obion, TN.  Visitation will be on Saturday from 9am until 11am at Blue Funeral Home in Marion with Military Rites being performed by the Marion VFW Post 1301 with assistance from the National Guard.

Memorials may be made to the VFW Ritual Team and will be accepted at Blue Funeral Home/PO Box 411/Marion, IL 62959.  For more information or to sign the memorial guest register, please visit bluefuneralhome.com

To order memorial trees or send flowers to the family in memory of Ralph Devasier, please visit our flower store.