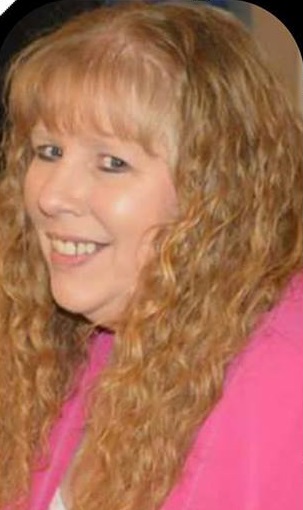 Christmas Day 1966 brought excitement because Ronda Charlene Wright had been born December 12, 1966.  Christmas Day 2017 brought sadness to Ronda Wright Kaufman’s family because she took her fight to leave this world.  Ronda Charlene was born to Brenda Charlene (Durham) Wright Hinkley and Ronald Wright.  Her grandparents were Thomas Ned and Mary Lou (Lawrence) Durham and Clearon Sr. Wright and Daisy (Baker) Wright Swafford.  Great Grandparents were William and Zada (Choate) Lawrence and Brad and Ethel (Hudgens) Durham.  Mother, Grandparents, and her Great Uncle Dr. William Lawrence proceeded her in death.   Ronda married Lee Kaufman on May 14, 1998.  Lee and her sons, Nicholas Rice and Dillon Rice remain to mourn the death of this beloved Wife and Mother.  Also very close to her were her honorary father and mother, Uncle Clearon Jr and Aunt Jane Wright and cousins (who she looked upon as her siblings) Rocky, Ross, Sarah, Sally, and Josh.  Ronda had a big heart to help young people; two young men who thought of her as a second Mom was Marshall Palma and a cousin, Dwayne Jarrett. She had many more family members and friends who will miss her dearly.  Ronda was raised in Goreville, Illinois and attended Goreville Grade and High School, graduating in 1983.  She then attended Southern Illinois University, along with John A. Logan College. Her work career consisted of paramedic, tax preparer, life insurance agent, dispatcher, realtor, restaurant owner, and her current occupation was co-owner with her husband of LRK Builders.   Ronda was a member of Liberty Square Church in Cartersville, Georgia.  Ronda and her family had moved to Georgia several years ago to be near her family.  She was a faithful attender of church and took an active part in church functions.  She had been in charge of “Backpack Buddies,” a program that provided food and supplies to local children.  Services for Ronda will be January 6, 2018 at 12pm at Blue Funeral Home in Goreville, Illinois.   Bro. R. G. Null will officiate the service and burial will be at Reynoldsburg Cemetery located in Tunnel Hill, Illinois.  Pallbearers are Rocky Wright, Dwayne Jarrett, Josh Jarrett, Jonathan Jarrett, Marshall Palma, and Evan Pierce.  Visitation will be held January 6, 2018 from 10:00 AM until time of service at Blue Funeral Home. Memorial service in Georgia will be held later during the Spring.
To order memorial trees or send flowers to the family in memory of Ronda Charlene Kaufman, please visit our flower store.