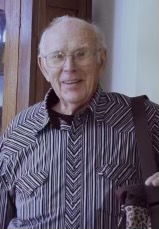 Robert was born in Union County on April 2, 1936 to Audrey Sherman and Dorothy Ann (Wheaton) Anderson.  He married Peggy Owens on October 7, 1988.  Robert served in the U.S. Air Force and worked as an electrician.  He was a member of Busby Chapel.

A graveside service will be held on Wednesday, September 8, 2021 at 11am at Busby Cemetery in Goreville with Pastor Darren Clark officiating.  Family and friends are asked to meet at the cemetery.  Blue Funeral Home in Goreville is assisting the family with arrangements.

Memorials may be made to Busby Chapel in Goreville and will be accepted at the funeral home.

To order memorial trees or send flowers to the family in memory of Robert Anderson, please visit our flower store.