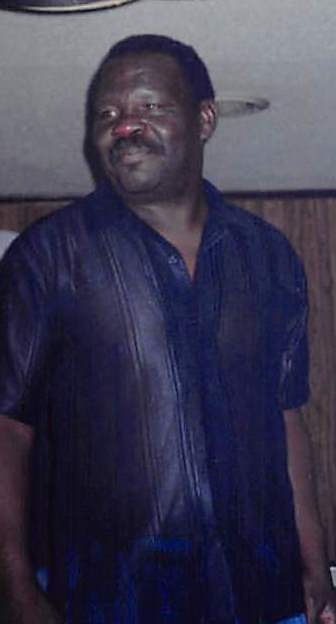 Marion- Robert Keith “Bob” Jones, 63, of Marion, passed away at 2:54 AM, Tuesday, April 3, 2018 at Heartland Regional Medical Center in Marion. Bob was born on June 15, 1954 in Marion to Israel and Anna Mae (Griffin) Jones. He married Earlie J. Buchanan on June 26, 1999 at Paul’s Chapel Missionary Baptist Church in Marion. He was retired from Jones Construction in Marion where he worked as a road construction laborer for many years. He was a Christian and a member of the Laborers Union in Marion. He was a member of the Masonic Lodge and served as past worshipful master. He was a hardworking man who enjoyed travelling, grilling in his back yard with friends and family and spending time with his beloved grandchildren. Survivors include- Wife- Earlie Jones of Marion Daughters- Renee Mitchell of Johnston City Serena Buchanan of Marion Sons- Tony Gray and wife Karen of Carpentersville, IL Robert Keith “Toby” Jones, Jr of Indiana Nine grandchildren: Kristi Murphy of Carterville Levelle Simon of Marion Trevor Cosby of Desoto Sebastin Ellis of Marion Tyler Gray, Ethan Gray and Justin Robert Gray of Carpentersville Wyatt Jones and Madison Jones of Indiana Five great grandchildren Sisters- Kathy Jones and Kim Jones of Milwaukee, WI Brothers- Ronnie Jones of Milwaukee, WI, William Jones of Marion, and Tony Jones and wife Donna of Dyersburg, TN Several nieces and nephews He was preceded in death by his parents, granddaughter- Ebony Simon and brother- Israel Jones, Jr. The funeral service will be held at 11:00 AM, Friday, April 6, 2018 at Blue Funeral Home in Marion. Rev. Virgil Walton will officiate. Burial will follow at Rose Hill Cemetery in Marion. Visitation will be from 10:00 AM until time of service, Friday at Blue Funeral Home in Marion. Masonic rites will be performed at the funeral home. Memorial donations are suggested to American Diabetes Association and will be accepted at Blue Funeral Home/ 1704 N. Court/ Marion, IL 62959. For more information or to sign the memorial guest register, please visit www.bluefuneralhome.com.
To order memorial trees or send flowers to the family in memory of Robert Keith "Bob" Jones, please visit our flower store.