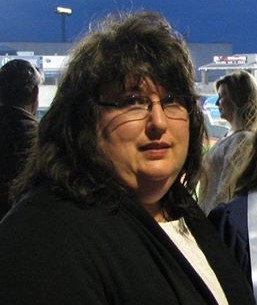 Roxane was born April 27, 1965 in Oak Park, Illinois to Kenneth and Nancy Keyser.  She was proceeded in death by her mother, Nancy Proctor Keyser.  On December 10, 2003 she married Dan Ingle in a small ceremony and he survives.

She graduated from Marion High School in 1983 and has held various retail positions throughout her lifetime.  She enjoyed sewing, traveling and spending time with loved ones.  She most treasured her beloved K9 companion Kiki Bear.

Memorial contributions can be made in Roxane’s honor to Hospice of Southern Illinois 204 Halfway Road Marion, IL 62959.

To order memorial trees or send flowers to the family in memory of Roxane Ingle, please visit our flower store.