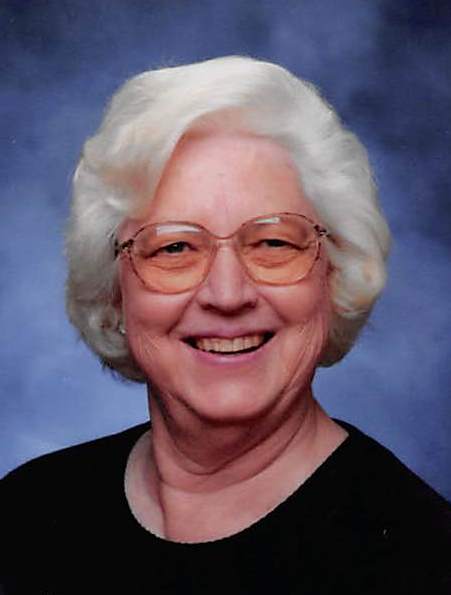 Thompsonville-Sandra “Sandy” Jane Walker Pender, 79, passed away on Wednesday, March 13, 2019 at Helia Healthcare in Benton. Sandy was born on August 8, 1939 in Anna. She was the fifth of six children to be blessed to the union of Willard Carroll and Ellen Elizabeth Hardin Walker.  Sandy graduated from Anna-Jonesboro Community High School and attended SEMO. Throughout her life she talked of always having parents that really listened and were easy to talk to, their support was a must for Sandy. She married her “soul mate” William Ferrell Pender on July 3, 1959 in Dongola and together they shared over 45 years of marriage. He preceded her in death on September 10, 2004. Sandy retired from Marion Unit #2 School District working as a Library Media Aide for 30 years. She also would fill in as a noon supervisor and supervisor on the playground when needed.  She was a hobbyist of many arts and crafts, especially known for her creations of crocheting.  Sandy also enjoyed quilting, doing calligraphy, painting and flower arranging.  After her retirement, genealogy became of interest and helping others in that category.  Sandy loved cooking and creating her own dishes, especially cakes.  She enjoyed baseball and micro sprint racing with her sons and watching the St. Louis Cardinals, college basketball, football and NASCAR on tv. Survivors include: Sons: Danny Wayne (Debbie) Pender of Johnston City William “Billy” Gene (Angie) Pender of Centralia Kevin Ray (Robyn) Pender of Tuscaloosa, AL Richard “Rick” Dean (Jerri Lynne) Pender of Thompsonville Ten grandchildren Numerous great grandchildren and many nieces and nephews Brother-Willard “Bill” (Nora) Walker of Cobden Sister-Janet “Kay” (Jack) Dabler of North Webster, IN She was preceded in death by her parents; husband; brother, Lindell “Corky” Walker and sisters, Betty Joyce Walker and Ruth Joan Mull. Graveside services will be held on Sunday, March 17, 2019 at 2:30pm at Anna City Cemetery with Rev. Gary Clark officiating. Blue Funeral Home in Marion is assisting the family with arrangements. Memorials may be made to the Williamson County Historical Society and will be accepted at the funeral home.
To order memorial trees or send flowers to the family in memory of Sandy Pender, please visit our flower store.