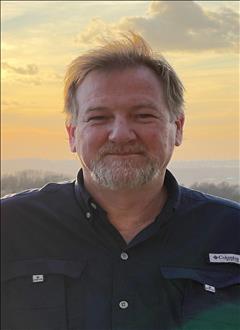 Stacy was born January 23, 1968 in Marion, Illinois, a son of Rayburn and Clarice Evelyn (Baker) Killman. He married the love of his life, Shayne Ann Foster on October 17, 2014 in Paducah, KY. Stacy was employed by Tennessee Valley Authority (TVA) for 23 years, and worked at Shawnee Fossil Plant as an instrument mechanic. He took his work seriously and was always concerned about the future of the coal industry and his fellow workers. He admired the work of the "old timers" at the plant and valued the lessons he had learned from them. He made many treasured friends over the course of his career with TVA, even passing on his legacy with TVA to his two sons.

Stacy loved Jesus and enjoyed sharing his faith and testimony with others. He was ever a voice of encouragement and lived by the motto "always be part of the solution." He was a dedicated family man and always put the needs of others before his own. He was a born helper, fixer, and problem solver. He believed in being a good neighbor and patriotic American. His smile and warm personality will be sorely missed.

To order memorial trees or send flowers to the family in memory of Stacy Dean Killman, please visit our flower store.