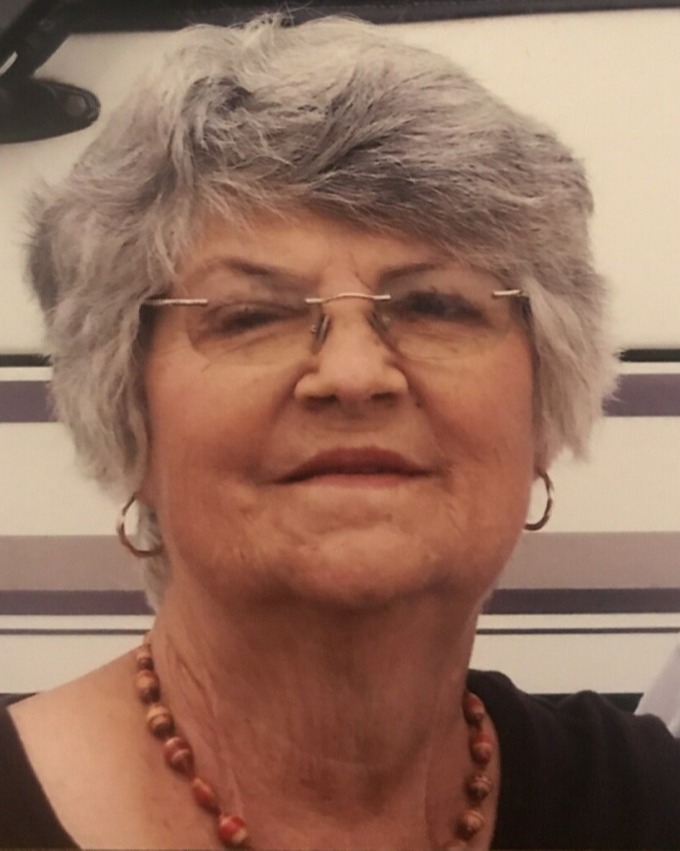 Creal Springs- Our beloved mom, Rebecca “Sue” (McCuan) Bradley, went home to be with her Lord and Savior at 4:43 PM, Friday, June 7, 2019. She was born In Johnson Co., Illinois October 29, 1940. She was 78 years, 7 months, and 9 days old. She was the daughter of the late Guy and Mary (Crews) McCuan. Sue married the love of her life, Robert (Bob) Lee Bradley, on January 1, 1960 and together they enjoyed 55 years of marriage until his passing four years ago. She began her working career in many factories which included Norge, Allen Industries, and Christopher Industries all in Herrin. She later became a school bus driver for the Marion Unit #2 school district. Rebecca so loved her job driving the bus, and the children. Later in life Rebecca and Robert owned and operated Rebecca's BBQ and Ice Cream restaurant. She was a devout Christian and was a member of the Creal Springs Assembly of God Church for more than 50 years where she served as a Sunday school teacher and was a member of the church board. Sue was completely devoted to her family and loved her children and grandchildren and was known as Granny Brad and Granny Sue. She never missed an opportunity for family get-togethers, enjoyed day trips, and after retirement enjoyed traveling and camping with friends and family. She touched so many lives in so many different ways and will be fondly remembered by everyone who knew her. Survivors include four daughters and sons in law- Lori and Jeff Hutchinson of Marion, Vicki and Chris Dunbar of Marion, Sandy and Lonnie Tanner of Creal Springs, and Demetra and Jason Tolley of Haubstadt IN. Grandchildren; Zachary and Erin Hutchinson, Cody and Nikki Hutchinson, Travis and Salina Dunbar, all of Marion, Kashia and John Cook of Mulkeytown, Seth and Allie Tanner of Marion, Aaron and Crystal Tanner of Evansville IN, Logan and Brandi Tanner of Marion, Mason Tanner and Gracee Tanner of Creal Springs, Eislin Tolley and Ava Tolley of Haubstadt IN. Great Grandchildren; Sloan Hutchinson and Ledger Hutchinson, Trenton Hutchinson, Leighton Hutchinson, Brayden Simpson, Sebastian Hutchinson, Sawyer Dunbar, new baby girl Dunbar coming in October, Piper Cook, Boston Cook, Emma Tanner, Peyton Tanner, Paislee Tanner, Conner Tanner, Jared Tanner. Siblings- Don and Eleanor McCuan, Judy and Jerry Phelps, Linda and Jim Bietman, Bob and Pam McCuan, Debbie Newton and Sam Riley. Nieces and Nephews; Rosemary and Gerald Smith, Brenda King, Brad McCuan, Tyler McCuan, Jay Phelps, Melissa McCuan, Whitney Karales. She was preceded in death by her parents and husband. The funeral service will be held at 11:00 AM, Wednesday, June 12, 2019 at Blue Funeral Home in Marion. Rev. Rick Killman and Rev. Eddie Donelson will officiate. Burial will follow at County Line Cemetery in rural Creal Springs. Visitation will be from 5:00 PM until 8:00 PM, Tuesday, June 11, 2019 at Blue Funeral Home in Marion. Memorial donations are suggested to Creal Springs Assembly of God and will be accepted at Blue Funeral Home / 1704 N. Court/ Marion, IL 62959

To order memorial trees or send flowers to the family in memory of Sue Bradley, please visit our flower store.