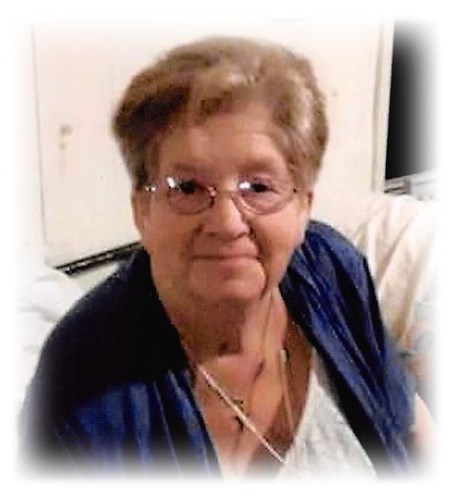 Vanessa Kaye Wallace (LaBrier), 65, returned to her heavenly home on February 26, 2019 after a valiant battle with her illness with her family at her side at Herrin Hospital at 1:48 AM. Vanessa was a homemaker. She was born November 30, 1953 in DuQuoin She was preceded in death by her loving husband Gerald in 2013, Bascum Barnett Jr: Great Grandparents; Fred and Nina Shelton, and her parents Alma and Robert LaBrier. She is survived by brother Steven (Faye) LaBrier; 7 children - daughter Diane (Terry) Yactzak of Christopher, daughter Kristen (William) Obrien of Christopher, daughter Alma (Bascum) Barnett of Sesser, son Larry (Kayla) Holland of West Frankfort, son Steven (Kesha) Holland of Sesser, daughter Ashley Baugh (Robert) Carterville, Heather Holland of Christopher; 22 grandchildren - Megan (Anthony), Rachelle (John), William (Sadie), Bam (Marriah), Brandon, Zachary, Dustin (Ariana), Samantha (Adam), Ethan Joshua, Alexandria, Noah, Zoe, Gabriella, Hanna, Mah-klah, Hope, Riley, Nevaeh, Robert II, and Trinity; 7 Great Grandchildren – Isabella, Annabelle, Evan, Ember, Lily, Gabriella and Katilynn. Her devotion to her family and her firm belief in God supported her in her struggle and ultimately gave her peace. She will be always remembered as a loving mother and grandmother and whose greatest passion was helping others. Vanessa was blessed with a large and loving family. From the very beginning, she dedicated her children to God and encouraged them to explore the beauty of the gospels. She was kind and always had time to answer a question or solve a problem, no matter how small. She is dearly missed by her loved ones, who celebrate the fact that she is at peace with her creator. She leaves us rich in memories and love. Vanessa will be buried at IOOF Cemetery in DuQuoin after memorial services on March 2, 2019 (9am – 11am for family and 10am – 11am for friends and acquaintances) at Blue Funeral Home in Marion, IL. Pastor David Betts will officiate the service. Flowers or memorials can be sent to Blue Funeral Home, 1704 N. Court Street, Marion, IL 62959. https://www.bluefuneralhome.com
To order memorial trees or send flowers to the family in memory of Vanessa Wallace, please visit our flower store.