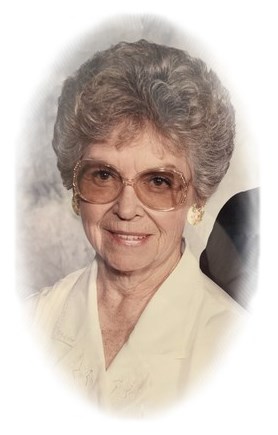 Violet, also commonly known as Ruby by family and friends, was born on February 17, 1927 in Duck Creek, Missouri to Russell A. Wilson and Rhoda Higgins. Violet married Gayle Petersen on February 8, 1973 in Harrisburg who passed in 2013.

Violet was a Lab Technician at the A.L. Bowen Center until its closure and then was a caretaker of her mother until she went to meet her Savior. Violet then remained at home as a loving wife and caretaker. Violet was a member of the First Christian Church in Eldorado. Violet was an avid fan of the Southern Illinois Miners and a season ticket holder from the inception of the team. Violet spent much of her time reading and watching the wildlife of the area.

She was preceded in death by her parents, two sisters and one brother.

Violet requested the surviving family remember the wonderful times we shared together in a private service. Blue Funeral Home in Marion assisted the family with arrangements.

To order memorial trees or send flowers to the family in memory of Violet Petersen, please visit our flower store.