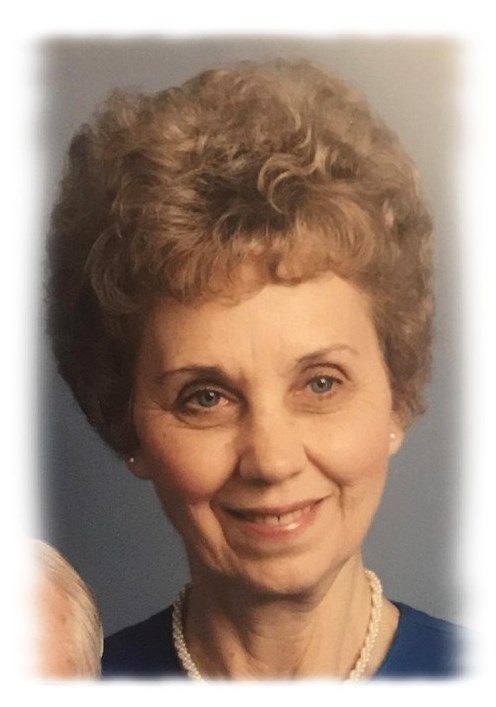 Marion-Wilma Fern Peebles, 88, passed away on Wednesday, November 21, 2018 at Parkway Manor. Wilma was born on December 17, 1929 in Marion to Arlie and Bessie (Askew) Simmons. She married Wallace Peebles on August 18, 1951 and together they enjoyed 62 years of marriage until his passing on May 14, 2013. Wilma was an active member of the Community of Christ Church in Marion. She worked for a CPA firm in tax and accounting and later worked for the State of Illinois in the Department of Economic Development until her retirement in 1992.  Wilma enjoyed hosting many family gatherings in her home through the years. Survivors include: Son-Paul Peebles of Redding, CA Daughter-Beth Asp of Marion Brother-Gene Simmons of Marion Sister-Alice Jewell of Independence, MO Several nieces and nephews She was preceded in death by her parents; husband; brother, William Edward Simmons and sisters, Edna Cogdill and Eva Lee Greeney. A memorial service will be held on Saturday, December 1, 2018 at 11am at Blue Funeral Home in Marion with Richard Switzer and Kevin Waldrop officiating. Burial will be at Rose Hill Cemetery in Marion.  Visitation will be on Saturday from 10am until the time of service at the funeral home. Memorials may be made to the Community of Christ Church or the Ataxia Foundation and will be accepted at Blue Funeral Home/PO Box 411/Marion, IL 62959. For more information or to sign the memorial guest register, please visit bluefuneralhome.com
To order memorial trees or send flowers to the family in memory of Wilma Peebles, please visit our flower store.